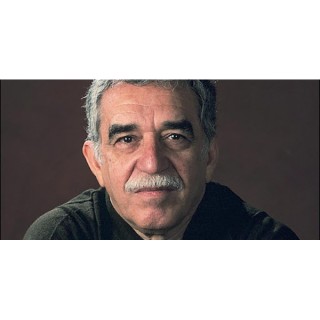 Born in Colombia in 1928, the first of eleven children, Gabriel García Márquez grew up with his maternal grandparents, both of whom told the boy stories; his grandmother, he once said in an interview, served as a “source of the magical, superstitious, and supernatural view of reality.” At the age of nineteen, he was inspired to write his first short story after reading the opening sentence of The Metamorphosis: “When I read the line, I thought to myself that I didn’t know anyone was allowed to write things like that. If I had known, I would have started writing a long time ago.” García Márquez worked as a journalist in South America and Europe before publishing the landmark novel One Hundred Years of Solitude, which Pablo Neruda called “the greatest revelation in the Spanish language since the Don Quixote of Cervantes.”