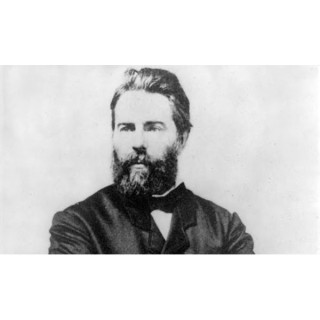 After writing two successful adventure novels, Typee and Omoo, based on his experiences as a sailor, Herman Melville published the more allegorical Mardi in 1849; it did not sell well. The critics deemed the book incomprehensible, and he turned to reading Shakespeare with “eyes which are as tender as young sparrows.” In 1850 he became friends with Nathaniel Hawthorne, to whom he dedicated Moby Dick, published the following year. When Melville died at the age of seventy-two in 1891, one obituary noted that “even his own generation has long thought him dead.”