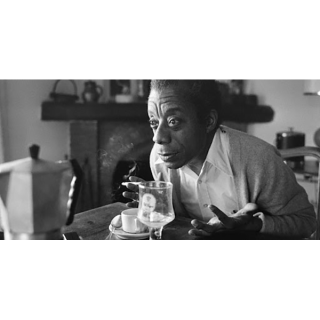 In his first collection of essays, Notes of a Native Son, James Baldwin observed, “The story of my childhood is the usual bleak fantasy, and we can dismiss it with the restrained observation that I certainly would not consider living it again.” After preaching at the Fireside Pentecostal Church and moving to Greenwich Village to live as a bohemian, Baldwin in 1948 left for Paris, where one year later he wrote his breakthrough essay “Everybody’s Protest Novel.” Between 1953 and 1956 the novelist, essayist, poet, and playwright published Go Tell It on the Mountain, Notes of a Native Son, and Giovanni’s Room. He appeared on the cover of Time magazine in 1963, and he died in 1987 at the age of sixty-three.