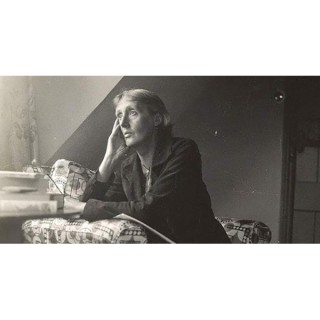 In 1917, Virginia and Leonard Woolf created Hogarth Press, which later printed Prelude by Katherine Mansfield and Poems by T.S. Eliot; their Bloomsbury home became a meeting place for, among others, E.M. Forster, Lytton Strachey, Arthur Waley, and John Maynard Keynes. Woolf published Mrs. Dalloway in 1925, To the Lighthouse in 1927, and A Room of One’s Own in 1929. Subject to fits of severe depression throughout her life, she put stones in her pockets and drowned herself in the River Ouse on March 28, 1941, having referred to her death as “the experience I shall never describe.”